Home » Life Insurance » You are reading »

Life Insurance Awareness Month 2015–What It Means for All 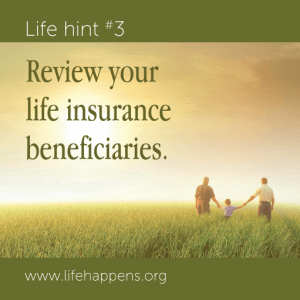 I can tell you that, in this first post, most people that I come across get their policies started, and then don’t visit the policies again until a claim needs to be made. This is a huge mistake! This can lead to confusion and frustration to your family if something were to happen to you when you don’t expect it.  Let me give you an example.

Money in the Wrong Hands

Let’s look at Eric. He was married just after college to his high school sweetheart. Once he was married and moved into his first home, he made sure that there was enough life insurance coverage in place to make sure that his surviving family wouldn’t need to suffer financially. Unfortunately for Eric, it was his wife that passed away first after 20 years of marriage.

Now in his 40s, Eric meets a new woman and marries her. But then, just 15 years later, he dies suddenly. Since he has insurance coverage, of course, the insurance company will pay the claim. The company will simply look at the beneficiary and send them the check. However, since Eric didn’t review his policy, the company attempted delivery to a woman who is deceased. Eric assumed the funds would naturally pass to his new wife. At this point, it is too late to change anything. Because of that company’s provisions, the funds were split 50/50 between the two children. Wait…is that how it’s supposed to happen? That questions will be answered once you complete your annual review with your agent. It’s that important.

Or, we can look at Bob. He was in the same boat as Eric–he married after college. He, too, started a life insurance policy with his wife as the sole beneficiary. Unfortunately for him, his relationship with his wife ended far too early–in a divorce. Bob moved on and married again. He died at a ripe age, and the insurance company sent a check to his beneficiary. This is what they will do in all cases. However, since Bob never changed his beneficiary, his ex-wife gets all of the money–100% of the proceeds. His current family gets $0. A quick visit with his agent would have solved that.

Information Sent to the Wrong Address

I have a few clients who have moved away and/or changed their phone numbers. I have no idea how to get ahold of them. Some may think that this is a good thing. If the agent can’t get ahold of you, then there is no way he or she is going to try to “sell” you anything else, right? That may be true, but you’re missing out on some great opportunities.

I have attempted to get a hold of clients because I had a way to LOWER their monthly premiums while keeping their benefits. The company introduced a new type of policy that would be perfect for this client’s needs. However, since I couldn’t get a hold of them, they missed out on their window. For certain policy types, a company will also attempt to contact clients to inform them of rate increases so that no bank problems arise later.

How has meeting with your agent helped you in the past? How long did it take you before you remembered to change your beneficiary? Please leave comments below!

You can also visit www.lifehappens.org for more information. 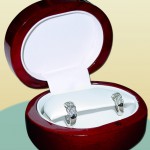 Why Would You Use an Agent When You Can Buy Insurance Direct?

Raphael resides north of Indianapolis, Indiana. He is an independent insurance agent. He is also the worship leader at his church, a husband, and step-father of one awesome 15-year-old girl. You can contact him at raphael@simpleseniorhealth.com.
View all posts by Raphael →

« Why Would You Use an Agent When You Can Buy Insurance Direct?
Diamond Earrings–a Life Testimonial »

Find Me On Social Media